“Recycle Plastic”: lets increase and improve the recycling of plastics! 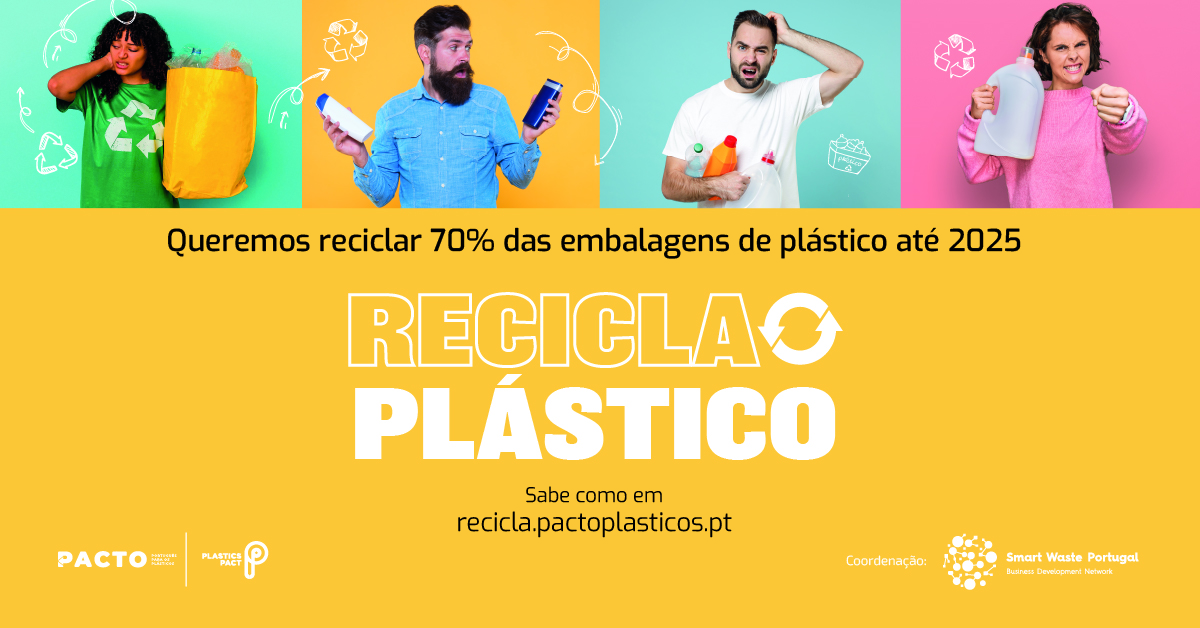 “Recycle Plastic”. The message is simple, and the action is also simple. This is the objective of the new campaign of the Portuguese Pact for Plastics, which aims to encourage the Portuguese to carry out “greater and better plastic recycling”. It is now up to all of us to act.

Present since the 19th of May on the streets and in stores, supermarkets, and hypermarkets, the campaign has a strong physical and digital component, also counting on a website, recicla.pactoplasticos.pt, and social networks, to clarify the frequent doubts about the separation of plastics and to learn how to carry out efficient recycling of plastic.

This “Recycle Plastic” campaign has a special focus on the 18 to 30 age group, and is part of one of the five goals defined by the Portuguese Plastics Pact – “Achieve a recycling rate of plastic packaging equal to or greater than 70%, by the year 2025” – and the consumer is an important “supplier of raw materials” in the circular economy.

The First Progress Report of the Portuguese Plastics Pact, presented on November 25, 2021, shows that the evolution is generally positive, in the sense of reaching the Goals set for 2025, but that the actions of the members have to be accelerated.

Since the beginning of 2020, several companies, associations, universities, and the Government have committed themselves to the vision and objectives of the Portuguese Plastics Pact, an initiative that aims to ensure the transition to a circular economy, where plastic is always a valuable resource within the economy, and never a threat to the environment. PIEP is a founding member of the Portuguese Plastics Pact and strongly supports this initiative. Today, there are more than 100 entities that share this vision.